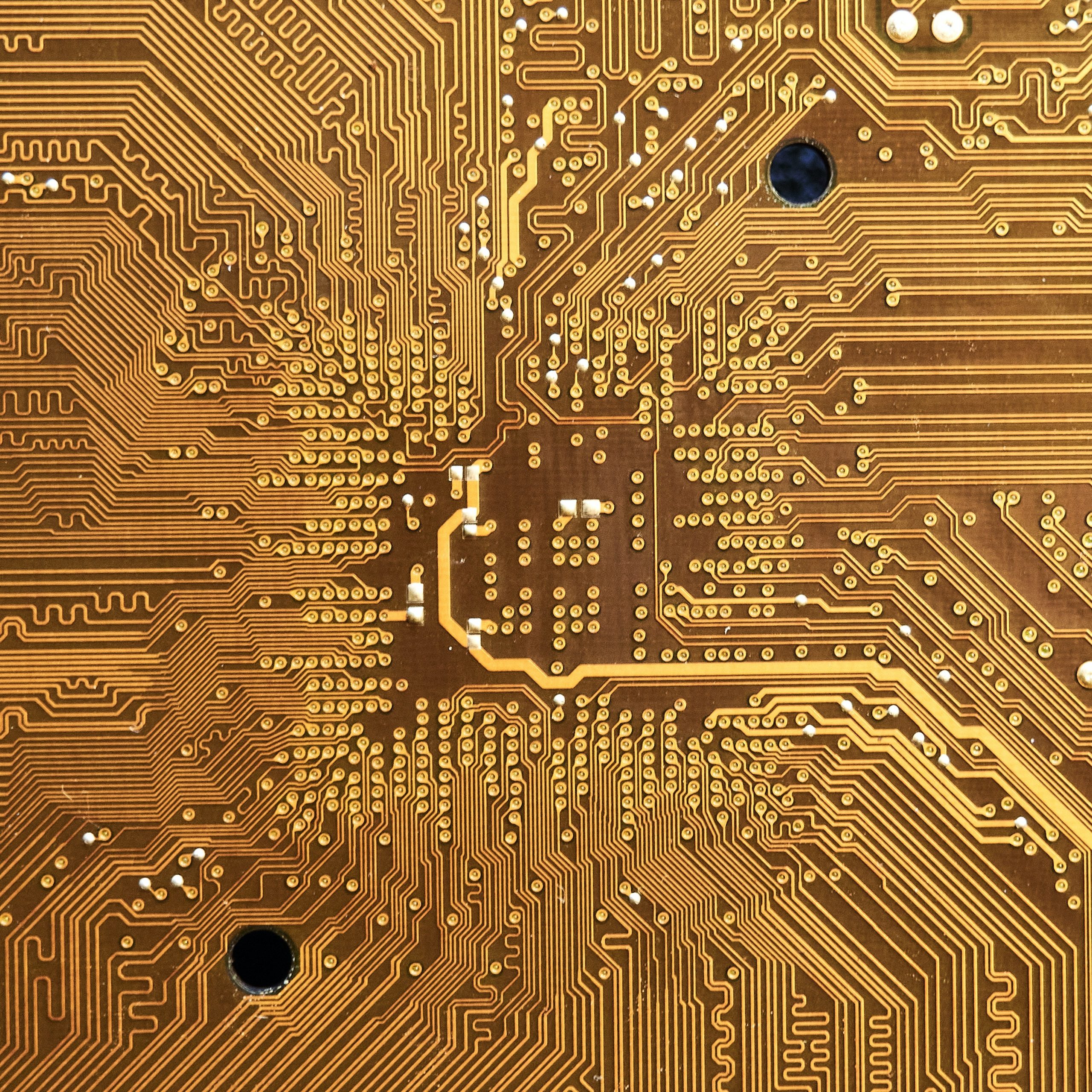 It’s been a busy, disruptive, year in tech – due in part to a global pandemic which left us all staring at our screens with little else to do. In 2022 the innovations will keep coming: here are my top tech predictions for 2022

After decades of murmurings about the age of the robot, in 2022, artificial intelligence (AI) will move further from sci-fi stalwart to daily usage as the investment corporations and governments have made over years come to fruition. With this will come a new era of ethical concerns: about the impact AIs will have not only on society, but also on the environment. The vast amounts of data needed to train AIs will be a major theme, with privacy protection and the power demands of their proliferating data centres central to debates.

Thanks to AI, 2022 looks set to be a huge year for synthetic data. AIs need vast quantities of data to train and develop their systems and the four Big Tech giants (Google, Apple, Amazon, Meta) dominate the global collection of valuable real-world data. Engineers at Google, for example, have access to more than 4 trillion images alone stored in Google Photos.  With all companies now having to navigate more heavily enforced data privacy regulations, including the General Data Protection Regulation (GDPR) in the EU, it leaves only the very largest tech companies currently able to compete with Big Tech to build quality AI using real-world data.

Enter, so-called synthetic data which is produced from computer-generated images and video and which can be as good as the data which comes from real-world images. Synthetic data can rapidly shrink the process of gathering and analysing data from months to hours and isn’t subject to the same privacy concerns as the real-world variety. In 2020, McKinsey revealed that 49 percent of the highest-performing AI companies are already using synthetic data to train their AI models. Expect to hear more about it in 2022.

#3 The techlash continues in China (and the West)

Xi Jinping’s crackdown on tech firms will continue as the Chinese President attempts to reset the rules for the entire tech industry in China, and for how the data those companies collect is treated. The new rules have been aimed at reducing the perceived power of some of the country’s most prominent tech tycoons, such as Jack Ma, founder of Alibaba, with more than $1trn wiped off the market value of groups such as Tencent (gaming and social-media giant), and Alibaba (China’s e-commerce answer to Amazon) since the crackdown. In August this year, the Communist Party issued a five-year plan aimed at reshaping China’s tech industry, confirming these changes will continue into 2022 and far beyond.

Meanwhile, democratic governments in the West are also getting their acts together to curb the power of Big Tech after the techlash gathered pace this year. The UK’s Online Safety Bill, anticipated to be passed into legislation near the end of 2022, places a ‘duty of care’ on tech companies that allow users to post their own content, or interact with one another, to protect users from harmful content – or face substantial fines levied by Ofcom. Observers have warned Ofcom risks being overwhelmed by a tsunami of complaints from social media users once the Bill comes into law, and of tech giants using their “sheer legal weight” to battle regulation in the courts. But, it’s a long-awaited step in the right direction.

One of my most ‘out there’ tech predictions for 2022, I predict that Mark Zuckerberg, sick of wrestling the intractable problems on Facebook and of batting off the attacks from unhappy regulators and users, will follow Jack Dorsey and jettison social media. Whether by splitting Meta into two distinct – separately listed – businesses and bringing in another CEO to run the social media business, or something much more dramatic. It’s clear he wants to distance himself from the problems he seems unable to solve on Facebook and Instagram and to hide out in the comforting arms of the metaverse. That’s where we’ll find him in 2022.

Meta’s re-branding may have focused the world’s attention on Zuck and the metaverse, but he’s by no means the only player. The Sandbox, a game set in its own metaverse which allows users to buy ‘LAND’, or virtual property, is by far one of the biggest metaverse projects in the world right now and one of the most highly valued.

The game uses its own blockchain token, SAND, based on the Ethereum blockchain, which its players can use to buy virtual space within this world as non-fungible tokens (NFTs). Another major metaverse project, Decentraland, also based on the Ethereum blockchain and using its own token, MANA, for transactions, recently caught headlines after Tokens.com closed the largest (to-date) virtual land transaction in history on the platform for $2.4 million. Expect more and bigger headlines about mega metaverse land grabs in 2022.

#6 A huge cyberattack and another record ransom

Data breaches will happen more frequently and at a larger scale in 2022 and cost corporations and governments much more to recover from. In May 2021, US insurance giant CNA Financial paid a record $40 million in ransom to hackers to unlock its data and restore its network systems, two weeks after a cyberattack crippled operations.

It’s not just corporations who need to be concerned about being targets for cyberattacks. A ‘cyber cold war’ is intensifying with terrorist groups, political activists and foreign governments more capable than ever before of carrying out sophisticated, wide spread attacks to further their agendas. Cyberattacks will increasingly be used as proxy real-world conflicts to destabilise governments globally.

The Tom Cruise deep fake of the actor playing a guitar which went viral on TikTok this year, focused public attention on the sophistication of the technology. But in 2022 deep fakes won’t just be used for fun, but will be weaponised for attacks.

In early 2020, in the biggest deep fake heist to date, fraudsters used a deep faked voice of a UAE company executive to fool a bank manager to transfer $35 million to them. The ‘executive’ said his company was about to make an acquisition, the bank manager recognised the executive’s voice from having worked with him before and authorised the transfer of the funds, into the criminals’ accounts. As deep fake audio and video technologies continue to improve in 2022, one of my key tech predictions for 2022 is that banks will be struggling to keep up.

#8 Green hydrogen to the rescue

It may be a surprise that hydrogen could be coming into its own in 2022 as a possible solution to the climate crisis. But it’s not the hydrogen you may immediately be thinking of. Of course, all hydrogen is the same colourless gas, but there’s a rainbow spectrum of colours to describe how it’s produced. High-emissions hydrogen is known as grey, if made with natural gas – or black, if made with coal. The product of electrolysers running off renewable energy is green hydrogen; that of electrolysers which use nuclear power is pink.

It’s historically been very expensive to produce green hydrogen compared to the more harmful grey. But, The Hydrogen Council, an industry consortium, says some 350 big projects are under way globally to develop clean-hydrogen production. Airbus recently revealed plans to accelerate the development of hydrogen-powered jets, skipping over the development of hybrid engines completely. This jump means that by 2035, the world could see the first zero-emission, climate-neutral aircraft.

However, the domestic heating arena could be one in which we see green hydrogen’s benefits as early as 2022. Retrofitting urban housing already equipped with gas boilers to burn hydrogen may be more attractive – and less costly – in some places than trying to fit heat pumps on to every building. Britain is likely to be a test case for this trade-off so you could be feeling the benefits of green hydrogen in your home sooner than you think.

Damaged underwater pipelines can be one of the biggest sources of pollution in our oceans, and a real threat to marine wildlife. A Norwegian company has revealed that it’s developing an underwater 3D printing technology for repairing seabed-level pipelines. The innovation is set to be used to carry out remote maintenance on damaged marine infrastructure, as well as rebuilding it where necessary.

“Advanced subsea robots give the customer major savings in both cost and time – performed in an environmentally friendly manner – without producing discharges to the sea,”

The company will begin offering underwater composite repairs in Southeast Asia in Q3 2021, so one of my tech predictions for 2022 is that we can expect to see it being used more widely in 2022.

2021 was the ten year anniversary of a few Stanford professors offering three of their courses online for free. These later became known as MOOCs, or Massive Open Online Courses, with few trends in education in the last century matching their sudden onset. MOOCs have had a dramatic impact on widening access to education, with students being able to learn any subject from the world’s top professors and industry experts from anywhere in the world.

In the COVID-19 outbreak, the online learning trend further gained momentum across the world, with a huge boom in MOOCs during lockdown. I was one of the 3.3 million people who took Yale Professor Laurie Santos’s wildly popular ‘Science of Wellbeing’ course on Coursera in the pandemic.

About 22 of the top 25 US universities are now offering free online courses with technology and related subjects still holding the major market share, but expect healthcare and public health MOOCs to boom in 2022.

If you enjoyed my tech predictions for 2022 and want to read more about my thinking about our complicated relationship with tech – and my thoughts about how we can improve it, pick up a copy of my new book.

← Is it time to quit social media? Parenting and Smartphones: the 3Ds →