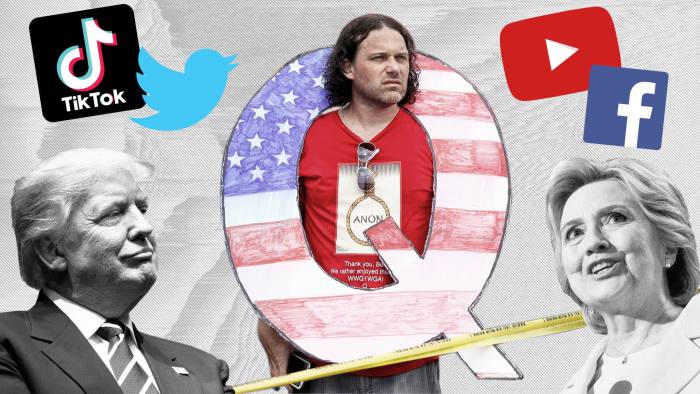 As of 2019, 60% of Britons have believed at least one conspiracy theory about how our country is governed, or about the credibility of information they receive with 77% of UK adults trusting journalists “not much” or “not at all”. However, family and friends are trusted sources of information for 87% and 89% of respondents respectively. In a time of confusion, fake news, and the rise of wild internet conspiracies such as Pizzagate and QAnon, family and friends are those who have the power to pull loved ones out of conspiracy black holes, bringing them back to the world of the rational. Through reaching out to those who are isolated, not taking the bait, engaging in gentle dialogue and affirming the positive sides of believers, we can all help those in the grip of a wild conspiracy return to the real world.

As conspiracy theories unfortunately increase in prevalence, people all across the globe are becoming ‘QAnon orphans’: people who have lost loved ones to a particular internet conspiracy. Sadly, gone are the days of what now seem like ‘harmless’ conspiracies; the Moon Landing Conspiracy or the Flat Earthers, who rarely isolated themselves from loved ones and didn’t turn to violent action. Today, such conspiracies like Pizzagate, internet conspiracies have caused real-life intervention. One man was sentenced to four years for firing an assault rifle in a pizzeria, whilst investigating the theory that Hillary Clinton was running a child sex ring out of a pizza restaurant in Washington DC. Friends and family of these in the grip of a conspiracy theory people describe them as if they have joined a cult. One man interviewed by the Guardian said his brother as not being able to tell what reality was, and another ‘QAnon orphan’ described how she’s lost her whole family to the conspiracy.

Unfortunately, as this phenomenon is becoming all the more common, we need to be equipped to help loved ones out of these holes, and to stop them from entering them in the first place. Here are some steps we can all take at any stage on this journey:

A knee jerk reaction to a fantastical story online is to repost, share and forward. We may mock it, critique it and poke holes in the theory, thinking we are helping in the fight against fake news. But, disinformation experts recommend not doing this. Every share, no matter the intent behind it, contributes to a post going viral and to more people seeing it. Platforms like Facebook regularly cut off a comment so no matter how insightful it is, try not to react. If you must, repurpose in your own post or meme, to avoid sharing the specific piece of misinformation.

One of the major contributing factors to a person being sucked into an internet conspiracy is isolation. A cult offers a community of supporters who will back the lonely up, regardless of consequence. Maybe it’s the case that some of your friends and family feel they need to get this kind of support. Reach out to those who are isolated and if they need to talk, be there for them.

It can be tempting to refute outlandish claims that appear on our feeds from time to time, to escalate, and to row with our friends and family over everything from politics and religion to internet conspiracies. However, as with the politics and religion (don’t go there), the same principles hold true for internet conspiracies. In the face of a public battle, beliefs harden and those that hold them will defend their position against any attack, just to save face.

#4 Instead engage in gentle dialogue

By all means question posts, but do so in a non-confrontational manner. As Professor Emily Bell suggested on our podcast episode on fake news: comment briefly “You know this isn’t true, don’t you?” on posts you take issue with. We may be tempted to ignore or escalate when we see conspiracy theories shared, but a gentle enquiry like this is a better approach. You could even message the person privately with a comment, eliminating the audience. Believers inherently have small doubts because in the case of internet conspiracies there’s often no credible proof. So, questioning the believer with responses such as: “That source doesn’t look right to me, what do you think?”, or “Wouldn’t there be much more evidence if it was true?” is helpful.

People who believe in Pizzagate for example, are showing moral outrage, though it’s misplaced. They’re trying to protect children from political elites abusing their power. Reenforcing a positive side to their belief may help you draw them back to more stable ground, as you steer their values to a logical rejection of their ‘cult’.

When loved ones succumb to an internet conspiracy it can seem imperative to take immediate action. But if we want them to truly reject their conspiracy theories we may need to have a bit of patience, it can take a long time. People who’ve left QAnon describe their rejection of it as coming from a series of small doubts, not from one revelation. Work with other members of your community or family, and each of the cracks you can put in the theory may eventually lead to them abandoning it.

Members of internet conspiracy cults are often victims as well as adversaries and it can be difficult to tread a careful line when they are family and friends. Rely on kindness, patience, truth and gentle questioning. Hopefully those in the grip of a conspiracy theory will see the light soon.